Aeris, LLC will be an active participant in the 100th annual American Meteorological Society (AMS), presenting in sessions for the 21st Conference on the Applications of Air Pollution Meteorology and 20th Conference on Aviation, Range, and Aerospace Meteorology (ARAM).

From 2014-2018, Dr. Paul Bieringer served as chair of the Committee on Meteorological Aspects of Air Pollution (CMAAP) and supported the CMAAP again this year by assisting in the organization of the 21st Conference on Applications of Air Pollution Metoeorology.  He will be chairing several sessions in this conference including the opening Centennial Session on Air Pollution Meteorology and the Tuesday afternoon session on the Development of New Models and Parameterizations for Atmospheric Dispersion.  He will also be presenting recent Aeris research on The Implications of Temporal and Spatial Averaging in Hazardous Airborne Material Dispersion Calculations for Human Impacts Modeling within a Hyperlocal Environment using the Joint Outdoor-indoor Urban Large Eddy Simulation (JOULES) capability.  JOULES is an appropriate tool for such exploratory work since it can accurately simulate high fidelity transport and dispersion solutions in urban environments, unlike current operational tools that utilize an ensemble average representation of the contaminant.  By comparing the ensemble average solution with JOULES in idealized scenarios, Aeris illustrates the relative inaccuracies associated with calculating human casualty and injury estimates from the ensemble averaged AT&D simulations available in the current generation of emergency response tools.

Aeris will also be participating in the 20th Conference on Aviation Range and Aerospace Meteorology (ARAM).  Dr. Bieringer will be chairing a session on Weather Needs for Small UASs and the Potential for Improving Their Own Guidance from 2:00-4:00 pm on Monday and will be presenting Aeris work involving using JOULES for Unmanned Aircraft Systems (UAS) and Urban Air Mobility (UAM) applications. In this talk (Building Resolving Urban Microscale Weather for UAS/UAM Applications) presented, Aeris will introduce JOULES to the ARAM and UAS/UAM communities, and also show some preliminary results for using this capability to better assess the operational risks and constraints for UAS and UAM operations. 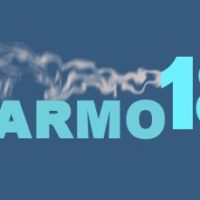 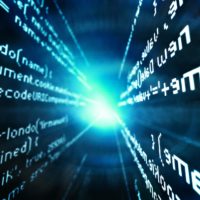 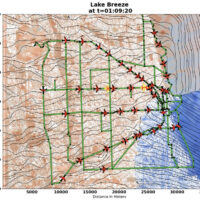